NAPYITAW — Myanmar’s banking system is facing tough new regulations that could take more than $1 billion worth of local currency out of circulation, severely curtail lending and badly hurt the economy if a tight compliance deadline is not eased, senior bankers have warned.

The Central Bank of Myanmar published its first set of modern prudential regulations in July, in some cases replacing rules made nearly 30 years ago. Drafted with help from the International Monetary Fund, the regulations mark a significant step in bringing Myanmar into line with international standards. But critics warn that “unrealistic deadlines” for compliance could put some of Myanmar’s 28 banks in jeopardy.

Many curbs, such as stricter treatment for non-performing loans and an increase in minimum capital requirements, were flagged to banks well in advance. Others, including much higher risk weightings for fixed assets and some types of loans, were less expected.

But bankers and analysts say the regulation with the greatest impact covers overdraft lending. Most Myanmar borrowers do not take out traditional loans but opt for using an overdraft facility, paying interest only on the amount of overdraft they use. Using an overdraft facility also avoids a central bank restriction that limits traditional loans to one year — because they have no requirement to repay by a certain deadline, overdrafts allow customers to borrow indefinitely.

Senior bankers and analysts estimate that this misuse of overdraft lending may account for 75-80% of the banking sector’s total lending portfolio. Significantly, some of the biggest — and most moribund — loans have been on banks’ books since earlier years of pre-2011 military rule.

Recognizing this danger, the central bank will require all banks from January 2018 to clear these overdraft facilities for at least two full weeks of every year — forcing the banks to call in all outstanding bad loans made in this way. Overdrafts that are not cleared annually will be treated as non-performing loans, for which the central bank is also enforcing stricter capital requirements. But bankers and analysts say many borrowers will be unable to repay these overdraft loans on demand.

Most of the other new regulations, which include higher capital adequacy ratios and stricter rules on exposure to individual borrowers, came into effect immediately on July 7. No bankers interviewed by the Nikkei Asian Review opposed the content of the regulations, but all said that seeking compliance on all the new rules by January was unrealistic.

“There’s no doubt [the new prudential regulations] are a step in the right direction,” Azeem Azimuddin, chief financial officer of AYA Bank, one of Myanmar’s three largest private banks, told a recent Euromoney conference in Naypyitaw. “The issue is the timing and the timeline for compliance.” 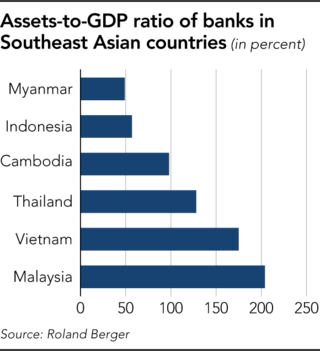 Azimuddin believes the regulations will be deflationary, and that requiring customers to pay down overdrafts for two consecutive weeks would remove $1 billion to $1.5 billion of bank credit from the economy.

Hal Bosher, CEO of Yoma Bank, said the new overdraft rules “reflect best practice,” and welcomed the introduction of serious regulation. But he warned that the rapid compliance deadline “will cause quite a lot of pain to the economy as a whole.”

“If they impose [the regulations] to the letter of the law over the next six months there will be a massive reduction in credit to the economy.”

Bankers complain that there was only cosmetic consultation on the new regulations, and that the central bank and the IMF have ignored the importance of a sensible timetable and structure for implementation. One senior banking executive said the regulator called lenders to a meeting a week before the regulations were released, presented them with a draft, and said there would be “no discussion, no changes.”

In response to questions about the six-month compliance period, the IMF said that its role was “advisory and capacity building,” and that “the Myanmar authorities are responsible for devising and issuing banking regulations.”

Bankers say they have heard very little from the central bank since the regulations were issued in July, but clear signs have emerged that the regulator and the government recognize the danger in trying to do too much too soon.

Acknowledging the industry’s fears, Aung San Suu Kyi, de facto leader of the National League for Democracy government, told the Nikkei Asian Review on Sept. 20 that the regulations were essential but the timeline for regulatory compliance could be “negotiable” if monetary authorities agreed.

“We are thinking about it because many people have voiced their concerns with regard to the timeframe, and I’m sure the central bank is very well aware of that,” she said. 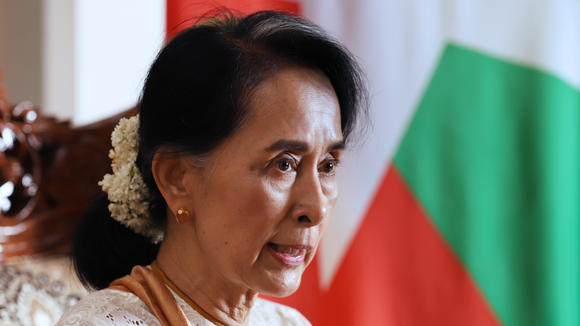 The ostensibly independent central bank — governed by Kyaw Kyaw Maung, a former central bank governor who took office again in August 2013 — remains in charge of regulation but has repeatedly come under fire for its unwillingness to reform the financial sector. Interest rates on bank loans remain capped at 13%, and the floor for interest payments on deposits is unchanged at 8%. Banks lend only against collateral — mainly land, gold and other commodities — and for only for a year, although in practice many loans are extended annually.

The system means that banks “are only lending to a small group of people with money,” said Bosher. The financial sector’s extension of credit to the private sector is the lowest across the 10-country Association of Southeast Asian Nations, according to a 2016 report from Deutsche Gesellschaft fur Internationale Zusammenarbeit (Giz), a German government development agency.

Meanwhile, the vast majority of the country’s borrowers are paying far more than 13% to informal money lenders. The small and medium enterprises that the government wants to see drive economic growth are starved of funding, and banks say they struggle to generate capital internally.

A veteran local analyst working for an international organization said the recent appointment of Soe Thein — a former private sector banker and finance ministry official — as one of two new deputy central bank governors will help improve decision making and dialogue with the banking sector.

The other new deputy governor is Bo Bo Nge, a member of the NLD’s economic committee and former head of research and risk management at KBZ Bank. An international financial consultant, who also declined to be named, said that Bo Bo Nge’s position at one of the largest local lenders means he will also be aware of the difficulties banks are facing.

Soe Thein told the Nikkei Asian Review that he had proposed to the Myanmar Banking Association in early July — before the announcement of his appointment to the central bank — that overdraft facilities should be converted into three-year term loans. This would help address the problem of immediate debt repayment for customers. 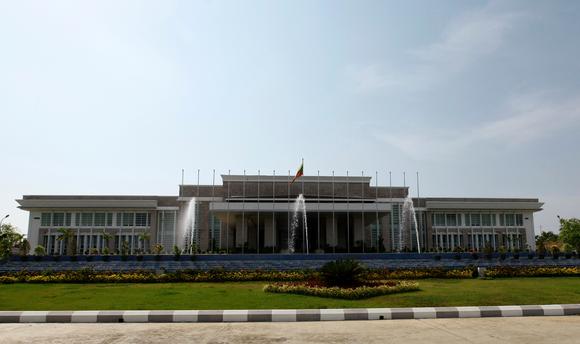 Soe Thein’s recognition of the difficulty banks will face in clearing overdraft facilities within in a tight timeframe bodes well for either an extension or amendment to the regulations. The new deputy governor also seems keen to allow lenders input into the matter. Soe Thein told the Nikkei Asian Review on Sept. 20 that there would “definitely” be a meeting between the banks and the regulator to discuss the new regulations and their impact. “There are going to be talks very soon,” he said. “We need to sit down and talk about implementation process and share views.”

Regulations allowing overdraft-to-loan conversions would, however, fail to address the banks’ calls for greater lending freedom. The central bank’s historic reluctance to loosen lending rules may stem in part from an inability to oversee the financial sector properly. Three analysts and several banks said they do not believe that the regulator has the capacity to oversee lenders’ compliance with the new requirements.

Soe Thein said in July that if banks could meet the minimum requirements set by the central bank, “it will not be difficult for liberalization to follow in the near future.” However, he added, “if banks don’t meet those standards, the whole industry might fall in chaos rather than benefitting from greater liberalization and competition.”

Sean Turnell, an economic consultant to the Myanmar government, believes the authorities are right to enforce stringent regulation but acknowledged the pressures arising from a short compliance deadline. But he added that “these prudential requirements on the banks should be matched by greater freedoms granted to them.” 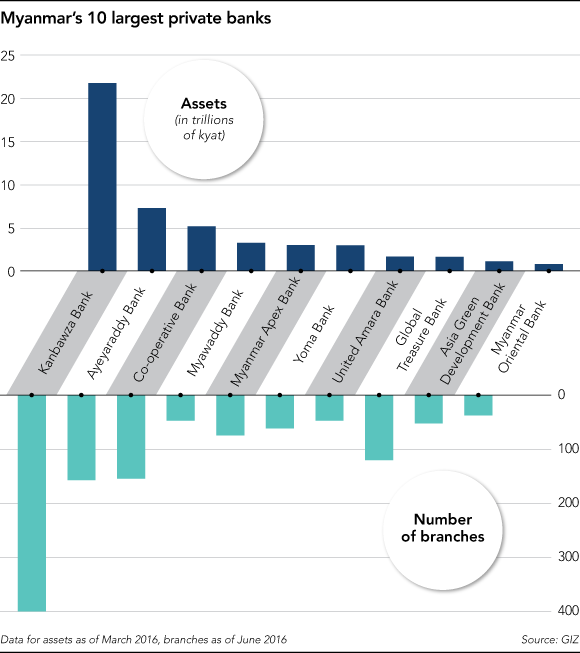 “Banking is about prudence and keeping people’s savings safe, but it is also about allocating capital to entrepreneurs, people with ideas, people making a living,” he said.

If the central bank wants to impose stricter prudential regulations, say bankers, it must also allow lenders greater freedom to generate capital through lending. This would include relaxing the floor and ceiling on deposit and interest rates, and ease collateral requirements.

Another avenue through which banks can raise capital is finding international shareholders, which in turn could hasten official deliberations in Myanmar about allowing foreign banks to take stakes in local counterparts. Analysts say many local banks are eagerly looking around for international partnerships and several already have already been lined up. Two private equity investors, who declined to be named, said they were keen to take stakes in local lenders if allowed, and a senior banking official said all three of the top Japanese banks, which gained wholesale licenses to operate in Myanmar in 2014, had also expressed “very strong” interest.

But the prospect of international partnerships only serves to highlight the desire among local bankers not only for liberalization, but also a clear and transparent framework for how such reforms would proceed. “The frustration is that there is no transparency around the process of new regulations,” said Azimuddin. “We need a regulatory roadmap for the next six months, one year, two years’ time etcetera. in order to prepare, because some measures have long lead times.”

Aye Thidar Kyaw in Yangon contributed to this report.