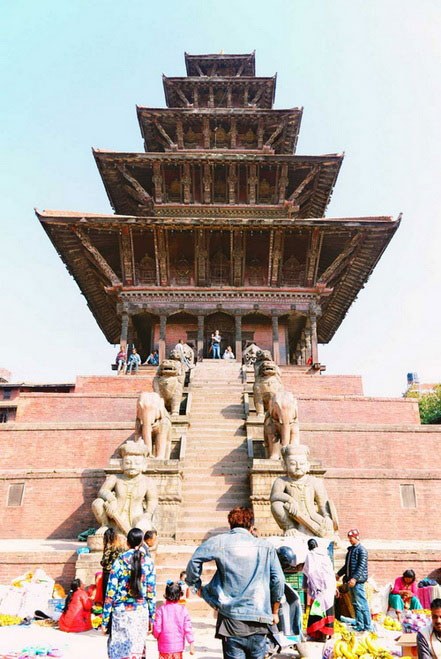 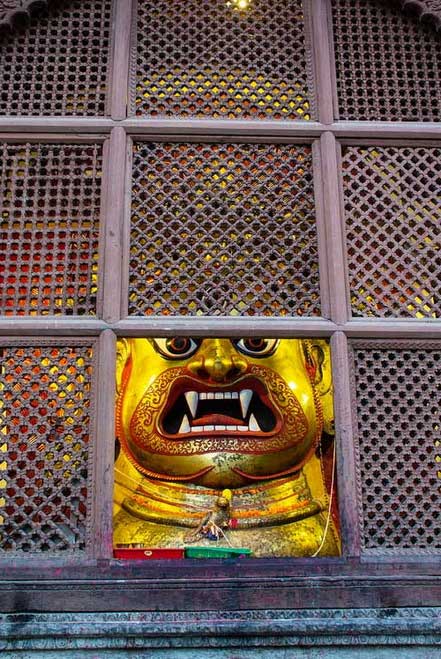 Bhaktapur, literally translates to Place of devotees. Also known as Khwopa, it is an ancient Newa city in the east corner of the Kathmandu Valley, Nepal, about 8 miles (13 km) from the capital city, Kathmandu. It is located in Bhaktapur ( Khwopa ) District in the Bagmati Zone. It is administratively divided into 10 wards.

Khwopa was the largest of the three Newa kingdoms of the Kathmandu Valley and was the capital of Nepal during the great ‘Malla Kingdom’ until the second half of the 15th century. It has a population of more than 81,728, of which the vast majority are still Newa Nepa mi. Historically more isolated than the other two kingdoms, Kathmandu and Patan

Bhaktapur has the best-preserved palace courtyards and old city center in Nepal and is listed as a World Heritage Site by UNESCO for its rich culture, temples, and wood, metal and stone artworks. This is supported by the restoration and preservation efforts of German-funded Bhaktapur Development Project (BDP).

Patan is a one of the largest cities in Nepal and is located just across the Bagmati river from Kathmandu. Confusingly, it is also known as Lalitpur, both names deriving from the Sanskrit “Lalitapattan”. Like its larger neighbor, Patan also boasts a Durbar Square full of temples, statues, and palaces and, in addition, has the must-see attraction of Patan Museum. As a traditional center of handicrafts, Patan is a great place to purchase jewelry, Buddha statues and masks.

Kathmandu Durbar Square (Basantapur Darbar Kshetra) in front of the old royal palace of the former Kathmandu Kingdom is one of three Durbar (royal palace) Squares in the Kathmandu Valley in Nepal, all of which are UNESCO World Heritage Sites.

The Kathmandu Durbar Square held the palaces of the Malla and Shah kings who ruled over the city. Along with these palaces, the square surrounds quadrangles, revealing courtyards and temples. It is known as Hanuman Dhoka Durbar Square, a name derived from a statue of Hanuman, the monkey devotee of Lord Ram, at the entrance of the palace.

Lumbinī, “the lovely” is a Buddhist pilgrimage site in the Rupandehi District of Province No. 5 in Nepal. It is the place where, according to Buddhist tradition, Queen Mahamayadevi gave birth to Siddhartha Gautama in 563 BCE. Gautama, who achieved Enlightenment some time around 528 BCE, became the Buddha and founded Buddhism. Lumbini is one of many magnets for pilgrimage that sprang up in places pivotal to the life of the Buddha.

Lumbini has a number of older temples, including the Mayadevi Temple, and various new temples, funded by Buddhist organisations from various countries, have been completed or are still under construction. Many monuments, monasteries and a museum, and the Lumbini International Research Institute are also within the holy site. Also, there is the Puskarini, or Holy Pond, where the Buddha’s mother took the ritual dip prior to his birth and where he had his first bath. At other sites near Lumbini, earlier Buddhas were, according to tradition, born, then achieved ultimate Enlightenment and finally relinquished their earthly forms.

Lumbini was made a World Heritage Site by UNESCO in 1997.

About the Author: P. Uraisin