Turn a corner amid the tatty, colorful cacophony of old Merchant Street in central Yangon and you could be in a fashionably arty bit of Manhattan. Along an old paved lane is the sprawling River Gallery II — a stylish venue housed in a once grand British 1930s law chambers with soaring ceilings. 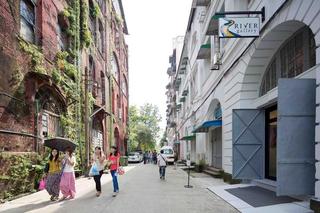 More improbable is the gallery’s proprietor, Gill Pattison, a tall, elegant New Zealander who left a high-flying job with a big U.S.-based bank in Hong Kong 11 years ago with her American husband and their baby daughter. “We had lived in Hong Kong for 10 years and decided it was time for a new adventure,” Pattison said. “We chose Myanmar because it was — well, different.”

River II, as Pattison calls it, is the new big sister of the River Gallery, which opened in 2005 in the colonial-era Strand Hotel along Yangon’s riverfront and rapidly became one of the city’s leading contemporary galleries. “The new place is more than twice the size and it’s close to the Strand, so guests can now see an extensive range of Myanmar’s best contemporary artists,” Pattison said. “It will also enable us to branch out with other contemporary art forms — sculpture, performance and installation. There are so many exciting possibilities.”

Since founding River 1, Pattison has established a reputation as a leading Myanmar art dealer and critic. Under Myanmar’s previous military regime, when protest art could lead to draconian censorship or even jail terms, she made a discreet yet bold mark promoting local artists and exhibitions.

The gallery survived, she explained, through cautious promotion and thanks to a handful of art buyers who visited Myanmar in the dark days of military rule.

Back then, a top-echelon Myanmar artist would be lucky to sell a painting for $3,000. Many others were churning out cheaply executed and cliched images of pagodas and monks for a desultory tourist trade. Now, like everything in the new Myanmar, including real estate, contemporary art is drawing international interest — and fast appreciating in value as a result. 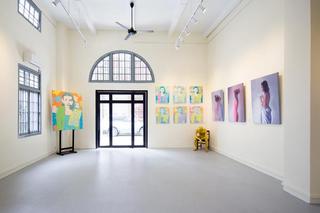 In 2010, a large landscape (5-by-6 feet, or about 152-by-183cm) in oil by leading artist Zaw Win Pe cost $5,500. Today the same painting would sell for at least $11,500, Pattison said. Prices of a series called “Night Scenes” by another top artist, Kyee Myintt Saw, have more than trebled since 2008. A large-format acrylic work on canvas by another top artist, Khin Zaw Latt, is selling for upward of $10,000. “When we started featuring his work, back in 2006, a large, semi-abstract painting of a Buddha face was around $3,000,” Pattison said. “Now equivalent works from this artist are more than three times that.”

These are what Pattison calls “healthy prices.” Yet, she said, “the overall level is still relatively low compared with other top Asian artists. … In no other Asian country can you buy a large, beautiful painting by a top local artist for under $10,000. Here you can –- but as supply is limited and demand is growing, prices will surely adjust quite soon.”

In addition to newer artists, relatively rare works from an earlier generation in Myanmar’s so-called Modernist movement of the 1960s and 1970s are now eagerly sought. “Prices for quality works from big names like Paw Oo Thet, Ba Nyan and Win Pe have skyrocketed as collectors come to realize how limited the supply is,” Pattison noted.

It’s all part of a trend that appears increasingly irreversible under Myanmar’s reformist government. “Basically, the art scene is taking off,” Pattison said. “New galleries, more visitors and more expat residents mean more sales for the artists.” The advent of credit cards in Myanmar has further boosted sales. “While prices are now higher, I’m pleased we’re not seeing big hikes,” she added, “as I don’t think that would be good for market development.”

Today, as an executive with Proximity Finance, one of Myanmar’s top microfinance organizations, Pattison combines her previous expertise in banking and management with art-dealing and the gallery business. 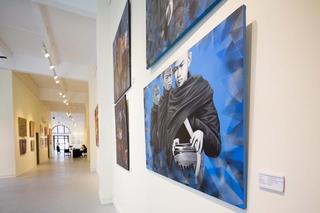 “What will be Next?” by Yan Naing Tun

Art is clearly close to her heart, and that could be seen when she recounted a treasured moment brought to her by the success of one of her young artists. “The Sovereign Art Award is a Hong Kong-based annual contemporary art competition, and our artist Mor Mor had been chosen as a finalist with a stunning painting of a hyper-realistic water drop, rolling down a crumbling wall,” Pattison recalled. “The winners were to be announced at a gala dinner in Hong Kong. … Mor Mor had never been on a plane before, let alone out of the country, so it was quite an adventure. At the function, it was amazing when it was announced that Mor Mor had won the ‘Audience Choice’ prize, decided by popular vote.

“She went up on stage in her simple white dress and special Myanmar sandals and received a standing ovation from the crowd. I felt almost as proud as if I’d been her mother.”

Indeed, one secret of Pattison’s success is her passion for both art and her artists. “Whatever I do for the artists of Myanmar, I’m the lucky one to be able to help somewhat,” she said. “There are some really talented artists here, they get almost no support from institutions, and in our small way we’re trying to help them get the exposure they deserve. We’ve run three national art competitions and organize overseas shows occasionally, and I’m trying to find residencies to give our artists a chance to see another artistic world.”